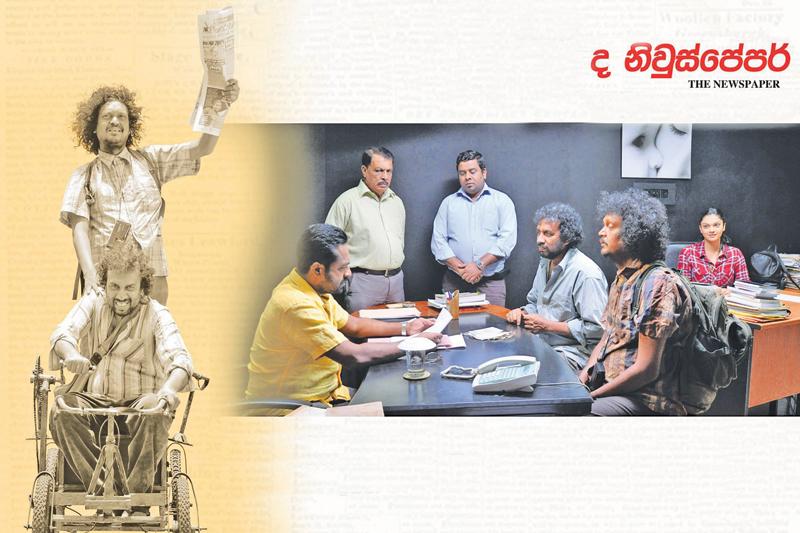 The Newspaper’ is a story about a poverty-stricken small family living in the dry zone of Sri Lanka which is forced to get engulfed in a wave of miseries, that they were not destined to, owing to an inaccurate news item, published in a national newspaper which stated that their son is part and parcel of a suicide bombing carried out by the terrorists.

Consequently, the ill-fated family had to be at the dead-end of the anger and hatred of their fellow villagers and eventually they were driven away from their native village. But, after almost a decade, the truth behind the wrong news report is revealed.

The film depicts a resolute and steadfast friendship between two modest men who entrust themselves with the task of making a wrong into a right.

‘The Newspaper’ is also the fourth award-winning film produced by Minister Dr. Bandula Gunawardhana and this is the third international recognition for the film as it has been awarded the Best Film in the Asian Cinema Competition at the 2022 Bengaluru International Film Festival (BIFFes) and for best direction at the 23rd Rainbow Film Festival London 2022, which was held across East London in early this month.

The co-directors of the film Kothalawala and Thirimadura played the two main roles with Pubudu Chathuranga, Gihan Fernando and Dharmapriya Dias playing the supportive roles. The film was co-produced by H.D. Premasiri and Ravindra Guruge.

The film is enriched with the music composition of Gayathri Khemadasa. Edited by Rukmal Nirosh and cinematography by Chandana Jayasinha the film was released during the midst of the Covid-19 pandemic in 2020.